Ativan, the brand name for lorazepam, is a prescription drug that is used to help relieve anxiety in patients. It is part of a class of medications called benzodiazepines. While the medication does help many people, some do abuse Ativan. It can be habit-forming, causing addiction, and those who become addicted to the drug will need treatment. Ativan addiction will become worse the longer a person goes without treatment. 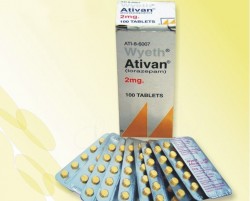 Ativan helps relieve anxiety when used as prescribed, but if it is used wrongly it can cause a host of unwanted side effects.

Ativan can become addictive but when used correctly, it is a great medication for:

According to the NLM, you should not take Ativan "for more than 4 months or stop taking this medication without talking to your doctor." These actions may cause issues for the user such as addiction or withdrawal symptoms. The drug causes a calmness and relaxation by "slowing activity in the brain." When a person takes Ativan, it can relax him or her to the point of being intoxicated in a way that is similar to drinking alcohol. Because of this, Ativan has a high possibility for abuse.

Side Effects of Ativan Use

According to the NLM, the Side Effects of Ativan Use Are:

There are dangerous side effects which Ativan may cause. If a person is experiencing these side effects, he or she should be brought to a hospital immediately:

Other precautions for Ativan use should be known. The DailyMed states that "in patients with depression, a possibility for suicide should be borne in mind." Also, Ativan "should be used with caution in patients with compromised respiratory function," as the medication can slow down respiration if not carefully monitored.

The side effects of Ativan are usually mild but can be very dangerous, especially when the medication is not given properly or if the individual taking it begins to abuse it for its effects.

A person who is abusing Ativan might experience some of the side effects listed above. According to statistics, many Ativan abusers will also take the drug along with a glass of wine or other alcoholic beverage. As stated by SAMHSA, "benzodiazepines are often abused in combination with alcohol or other drugs... to enhance or lengthen the high provided by the other substances or to offset their adverse effects." If you have been taking Ativan while drinking, you are already exhibiting dangerous Ativan abuse behavior. Because of this, doctors are clear with their patients about the use of Ativan with alcohol.

People drink alcohol while taking Ativan to enhance the high of the drug and to feel its euphoric effects on a stronger level.

Other Signs of Ativan Abuse Are:

According to a study from the NCBI, "lorazepam dose-dependently disrupted learning and psychomotor performance and increased subject ratings of sedation" when compared with another drug." This can be a serious issue, especially for those who are abusing Ativan.

While acute effects of Ativan may cause learning disruptions, kidney problems can often develop after a person takes the drug for an extended amount of time.

As Stated By CESAR, Long-Term Effects of Ativan and Other Benzodiazepines Are:

These are symptoms of over-sedation which "may not appear for a few days" but are caused by the "significant accumulation of fatty tissues" after a person takes multiple doses of Ativan over a period of time. Because Ativan is habit-forming and the side effects can cause a person to feel good, euphoric, and relaxed, people continue to abuse the drug. The longer this behavior continues, the more likely it is that the Ativan abuser will become addicted to the drug.

People Who Are Addicted to the Drug Will:

Addiction is not something that is logical. When a person becomes addicted to a drug, he or she will do anything to get more. People often become apathetic about every aspect of their lives except the drug itself. This is why addiction can become so devastating.

Addiction to Ativan Will Cause Problems For Your:

These problems can even become those of your loved ones, as your actions will affect them. Legal problems may also arise from Ativan addiction, as the drug is available by prescription only and many people do illegal things to obtain more. As soon as you begin abusing Ativan, or taking the drug in a way that was not prescribed to you, you are at risk for addiction.

Overdose is another possible side effect of Ativan addiction and abuse. According to the DailyMed, "overdose with lorazepam has occurred predominantly in combination with alcohol and/or other drugs." This can make the effects even more dangerous. Signs and symptoms of Ativan overdose are:

Ativan overdose, especially when the person has also ingested other drugs or alcohol, can lead to coma and death. If someone you know is suffering from Ativan overdose, make sure to call 911 immediately. Stay with the person, do not make him or her throw up unless specifically told to, and make sure to take the drug with you to the emergency room so that the medical professionals there can know what the person took. Ativan overdose can be very serious and, if possible, should be prevented at all costs.

Prevalence of Ativan Abuse and Addiction
Is it common for someone to become addicted to Ativan? According to SAMHSA, "the number of benzodiazepine admissions nearly tripled between 1998 and 2008, while overall treatment admissions increased only 11 percent." Part of this is because of the easy access that many people have to medications like Ativan. They can easily be prescribed the drug by complaining of anxiety or by stealing it or buying it from someone else.
Teenagers often abuse medications like Ativan. They will take the drug with alcohol or another type of drug and enjoy the euphoric effects. What many teenagers do not realize, though, are the serious psychological and physical effects caused by Ativan abuse. The use of Ativan with other drugs makes every side effect and dangerous consequence more pronounced.
Another sign of the prevalence of benzodiazepine abuse is that these drugs do have street names which are used by those who sell and abuse them.

According to the NIDA, They Are:

Treatment for Ativan Addiction and Abuse

Someone who becomes addicted to Ativan, or who is abusing the drug, should consider formal substance abuse treatment. Especially if you or someone you know has been abusing alcohol or another drug in combination with Ativan, treatment will be necessary.

Withdrawal from Ativan is mostly psychological. A person will feel anxious and irritable and be unable to sleep. While this is true, sometimes patients may experience seizures as a result of Ativan withdrawal. A person who becomes dependent on both alcohol and Ativan will have an especially difficult time going through withdrawal. It is extremely uncomfortable and, due to the effects of alcohol withdrawal, may be life-threatening.

The first part of treatment will be for the individual to detox from Ativan. This can be done in a separate detox facility or as a part of Ativan addiction treatment. The individual will likely be given medication in order to curb the symptoms of withdrawal and ease the patient through detox. It is important to remember, though, that "medically assisted detoxification is only the first stage of addiction treatment and by itself does little to change long-term drug abuse" (NIDA). Someone who has been abusing Ativan will absolutely need further treatment.

There are two main types of treatment facilities which can help someone who is addicted to Ativan.

Types of Treatment for Ativan Addiction

Ativan addiction has two main types of treatment, similar to other types of drug addictions. They are:

The NIDA states that it helps patients prevent relapse by teaching them to:

Other types of therapy and counseling that are often introduced to Ativan addicts are:

Ativan is a very helpful and beneficial medication for those who suffer from anxiety and other disorders. However, for many people, Ativan can become dangerous and addictive. If you or someone you know is abusing Ativan, remember the consequences of Ativan abuse and seek treatment as soon as possible.