Amphetamines are powerful substances that produce heightened alertness, improved energy and awareness that can last for hours depending on the user, the type of amphetamine taken and the dose. Most amphetamine containing drugs are used in the treatment of ADD or ADHD but they can also be prescribed to treat narcolepsy and severe cases of obesity that have been seemingly unresponsive to other means or forms of treatment. Unfortunately, many mistakenly believe that if an amphetamine containing medication is prescribed, and taken only as prescribed, then there will be no subsequent risks of addiction and this couldn't be more wrong.

Repeat use of any substance that contains amphetamine places the user at a risk for a wealth of potentially serious side effects, tolerance and addiction being at the forefront of those. Left untreated, amphetamine addiction can have lasting repercussions including overdose, heart damage, and death. According to the Center for Substance Abuse Research, "in medical use, there is controversy about whether the benefits of amphetamines prescribed for ADHD and weight loss outweigh the drug's harmful side effects." 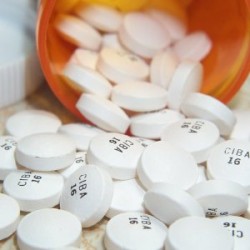 Using amphetamines, or amphetamine containing drugs, can have various effects on the user's mood, personality, habits and behaviors. These stimulants react in the central nervous system causing an, "increase in the synaptic activity of the dopamine and norepinephrine neurotransmitter systems," according to NeuroScience for Kids. The following short term effects are likely with amphetamine use:

Continued use of the amphetamine can cause an array of long-term side effects that may, or may not, dissipate when the drug use is discontinued. Some of the most serious potential long-term effects of amphetamine abuse include:

Tolerance to amphetamine containing medications and drugs can develop rather quickly. At first, it may take only a small amount of the drug to produce the increased energy and alertness, but as tolerance develops and grows, the user will find that more amphetamine is required in order for the effects of the drug to be reproduced on the same level.

Methods of Amphetamine Use

Amphetamines are generally consumed orally but they may also be snorted, injected or smoked. When amphetamine is smoked, the drug is vaporized using heat and then inhaled. When injected, amphetamine containing drugs are dissolved in water or another soluble liquid and injected intravenously using a hypodermic needle. In any method of amphetamine use, there are risks and dangers, but injecting the drug seems to be the most dangerous because:

Using amphetamines can lead to heart attack, stroke, depression, withdrawal and other serious side effects. If you or someone you love is abusing amphetamine, it's important to seek professional help right away to ensure your safety and timely recovery. Many dangers associated with amphetamine use extend far beyond the scope of overdose. Additional risks include:

When amphetamines are taken for a period of time longer than just a couple of days, the risk for amphetamine withdrawal is heightened. As the user develops a physical dependence on the drug, the body adjusts to the substance and builds a tolerance which is later responsible for an increased desire and perceived "need" to use. Amphetamine withdrawal is not only difficult to cope with, it can also be potentially dangerous for the user if medical treatment is not provided to ensure the safety of the addict. Common symptoms and dangers of amphetamine withdrawal include:

Amphetamine Detox
Detoxing from an amphetamine requires a safe, medical supervised treatment in a controlled environment in which the patient is regularly monitored to ensure safety. The process of amphetamine detox takes place following a physical dependence on the drug which later requires professional treatment. Detox is the first step of the recovery process, and it generally includes:
Detoxing from amphetamine is not always dangerous, but for some, the risk of heart attack, stroke, coma or death is eminent when a drug such as an amphetamine is abruptly removed or eliminated from regular use. As such, most detox facilities will slowly taper the medication off at a gradual rate of .25 mg per 48 hours allowing the individual to adjust to the reduced dosing procedures slowly. Tapering off can help to reduce the risks associated with withdrawal while allowing the patient to feel more at ease with treatment.
Treatment for Amphetamine Addiction

If you, or someone you love is addicted to an amphetamine containing drug, professional treatment may be the only viable solution to your recovery. Various types of treatment have been proven effective in helping those who are addicted to amphetamine to balance their lives back out and prepare for recovery. The most common treatment options generally include:

Due to the nature of amphetamine withdrawal, and the fact that many of the most dangerous symptoms such as rapid heartbeat, irregular heartbeat and elevated body temperature cannot be visibly seen, medical treatment in a controlled, residential detox facility is recommended at least during the early days of amphetamine addiction recovery. Following the detox period, in which the user adjusts to living without amphetamines, treatment can consist of:

Ultimately, the methods of treatment that are chosen and which are most effective for you will depend on a variety of factors including: