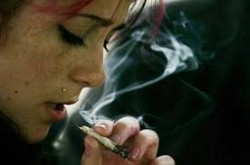 There are some cases where rehab is necessary to help a person overcome marijuana addiction.

Yes. Marijuana addiction is more likely to occur if you either smoke every day or if you started smoking when you were young (NLM). According to the NIDA, "Marijuana dependence appears to be very similar to other substance dependence disorders, although the long-term clinical outcomes may be less severe."

Who Becomes Addicted to Marijuana?
Marijuana addiction and dependence are likely to occur in those who abuse the drug heavily. Although the drug does not have as many health effects as some other heavily abused drugs (like heroin and cocaine), it can still cause issues in someone's life. But marijuana addiction treatment is often for those who have had many issues with the drug and not those who smoke it recreationally.
"On average, adults seeking treatment for marijuana abuse or dependence have used marijuana nearly every day for more than 10 years and have attempted to quit more than six times" (NIDA). If your situation is similar, you should consider marijuana addiction treatment.
Who Should Seek Treatment for Marijuana Addiction?

According to the ONDCP, "In 2011, approximately 872,000 Americans 12 or older reported receiving treatment for marijuana use, more than any other illicit drug." Marijuana addiction treatment is necessary for certain people and those who are addicted to the drug often benefit from formal treatment.

If you answer yes to these questions, you should consider marijuana addiction treatment.