Valium, a powerful benzodiazepine that is commonly prescribed to patients suffering from panic disorder and other forms of anxiety, is sometimes known by the generic name, diazepam. According to the FDA, diazepam creates a sedative response including muscle relaxation and anticonvulsant effects that are conducive to sedation. The effects can last for a few hours or more depending on the dose that is taken as well as the frequency of dosing. 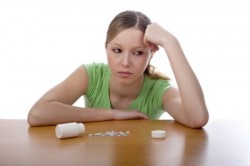 Abusing Valium can cause confusion, loss of coordination and a number of other side effects.

When valium is taken orally, approximately 90% of the drug is absorbed within the first hour. The remaining medication will linger in the system, gradually taking effect over the next 2.5 hours. Valium is used to manage anxiety disorder and tension associated with stress.

This medication may also be prescribed during the treatment of alcohol withdrawal to help reduce the symptoms of acute agitation and tremors associated with delirium tremens or moderate to severe withdrawal from alcohol.

Some doctors will prescribe Valium for the treatment of muscle spasms. Such treatment is often used to control inflammation of the muscles. Valium can also be prescribed to treat symptoms of paraplegia or cerebral palsy, providing the patient with more comfort against the stiffness or tension associated with these conditions.

Signs and Symptoms of Valium Use

You may recognize that someone you love has taken valium because he or she slows down, acts relaxed and is otherwise more laid back than usual. According to Medline Plus, valium use can lead to the following side effects:

The following side effects of valium use are considered dangerous and should be immediately reported to a healthcare practitioner:

Certain signs of valium use will often go away on their own with continued use of the medication. Such symptoms include:

If these symptoms persist, users should seek prompt medical treatment to determine whether the use of valium is still considered safe for the patient.

Signs and Symptoms of Valium Abuse

According to PubMed, diazepam or Valium does have a potential for addictive use. In fact, in a study that was conducted by the National Library of Medicine regarding the most commonly abused drugs, of the 61% of suspected drug overdose patients with positive findings, 25% had diazepam in their system. Early recognition of the possible warning signs of diazepam abuse may help you to determine whether someone you love is in need of professional help.

The Most Common Signs of Valium Abuse Include:

Many dangers can arise from the misuse and abuse of diazepam. When a user takes the drug for reasons other than prescribed, there is an increased risk of complications arising from overdose. In additional to the overdose risk, valium abuse can lead to:

According to the Center for Substance Abuse Research, taking repeat doses of Valium for many days or over long periods of time can lead to an increase in the amount of the drug that is stored in fatty tissue. The result is a series of symptoms known commonly as over-sedation which may not appear for a few days following the continued use of the drug.

Such Symptoms May Include:

Valium Addiction
CESAR reports that benzodiazepine tolerance is most likely to occur in patients who have used the medication for a period of 6 months or more. However, smaller bouts of tolerance to valium can occur after just a few uses over a short period of time although tolerance will quickly drop with discontinued use of the drug. Valium abuse can quickly lead to an addiction that results in a serious of unwelcomed side effects.

The Most Notable Side Effects of Addiction Include:

Pay close attention to your loved one, or yourself if you are taking Valium.

The following symptoms may signify an addiction that warrants the need for treatment:

If you are addicted to valium, seeking help right away could save your life.

According to Medline Plus, "overdose occurs when someone accidentally or intentionally takes more than the normal or recommended amount of this medication."

Overdose can lead to an array of physical complications including:

If you suspect that someone you know has taken an overdose amount of Valium, call your local poison control center or seek immediate medical help by calling 911.

Prognosis
Recovering from Valium overdose is likely and in most cases there will be minimal repercussions resulting from the overdose as long as immediate treatment is sought. Swallowing too many pills will often lead to vomiting and the expulsion of the valium which can reduce or minimize the overall impact of the overdose. Likewise, when Valium is injected, the outcome of an overdose is not always as accepted. Many patients will suffer coma and other serious side effects when an overdose amount of valium is taken intravenously.
Valium Withdrawal

According to NYU Langone Medical Center, "it can be dangerous to stop using benzodiazepines if you have taken them for a while." This is because benzodiazepine withdrawal can cause an array of serious side effects in the user including:

Causes of Valium Addiction
According to the UCLA Dual Diagnosis Program, an addiction to Valium can be caused by various elements of use. Anytime a benzodiazepine is used for more than 4 weeks there is a risk of addiction. Additionally, the use of high doses of the drug can increase the risk of addiction.

Treatment for Valium Abuse and Addiction

People who suffer from valium addiction can seek the help of a qualified treatment center to provide them with guidance and direction that will help them get their lives back on track. The first step of treatment for valium addiction will be a safe, controlled medical detox. During this time, the patient will be stabilized in a medical setting to help curb the withdrawal symptoms and prepare him or her for counseling and therapy.

During This Time, The User Will Receive Support Through:

The support that is received during valium addiction treatment can make the difference in whether recovery is achieved or not. While any treatment is better than nothing, supportive treatment is ideal for long-term recovery and growth. If you or someone you know is addicted, seek help through a local treatment facility that can provide you with the guidance, education and foundation of support necessary to facilitate long term growth.