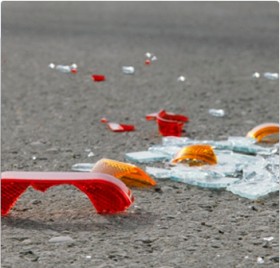 Researchers in 8 out of 9 studies found that marijuana use was directly related to the risk of vehicular crash. Drivers who test positive for marijuana are more than 2 times as likely to be involved in a motor vehicle accident. Unfortunately, these studies were inconclusive in determining whether users were high on marijuana at the time of their accidents, as Highway Patrol testing only checks for the presence of THC in the user rather than testing from an actual level of THC.