Heroin is well known for being a dangerous street drug for a variety of reasons. In addition to what it can do to your mind and body, the chance of an overdose and subsequent death is very real. Along with this, many people become addicted to heroin, finding that they are unable to quit even though they realize this would be in their best interest. 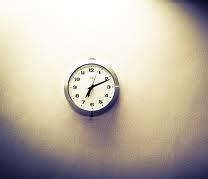 Withdrawal symptoms from heroin dissipate within about 7 days.

According to the National Institute on Drug Abuse, as of 2011 more than four million Americans older than age 12 had used the drug at least one time during their life. As if that is not alarming enough, consider this: estimates show that approximately 23 percent of people who use this drug become dependent.

Even though a heroin addiction is serious, there are steps you can take to put this in your past. Before attempting to quit, however, it is best to learn more about the withdrawal timeline and what to expect along the way.

Before we get into the finer details of heroin withdrawal, consider the following: symptoms of withdrawal typically begin within 12 hours of your last does. In other words, it will not be long after you decide to quit that cravings begin to set in, along with a variety of other symptoms.

Within one to three days of quitting, withdrawal symptoms will reach their peak. It is during this time that you need the most help, as you will begin to feel that taking the drug once again is your only option for feeling better.

If you are able to make it through this initial period, the worst is most likely behind you. After the three day mark, as you close in on five to seven days, withdrawal symptoms should begin to lessen.

Note: each person reacts to heroin withdrawal in a different manner, and it is not uncommon for symptoms to last as long as several months.

Approaching the Withdrawal Timeline
With the likelihood of withdrawal symptoms setting in, most people realize the importance of seeking treatment at a rehab center. When you go through detoxification under the watchful eye of a medical team, you will be confident that you are taking all the right steps. Furthermore, you will have access to medication that can lessen the impact of these symptoms, making it more comfortable for you.
The heroin withdrawal timeline differs from one person to the next. For the most part, you should expect to experience the most severe symptoms within the first one to three days. From there, these will begin to taper off and you will begin to feel better about your physical and emotional well being.