Percocet is an opioid analgesic that is prescribed for the treatment of pain associated with surgical procedures, injury and certain types of illness. The medication includes the active ingredient Oxycodone as well as acetaminophen. Unfortunately, Percocet abuse is a major concern in the United States, resulting in a number of overdose related deaths, serious injury and various other consequences that impact both the user and society as a whole. 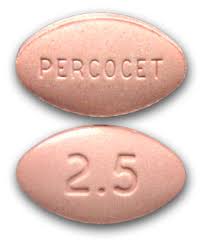 Percocet is a dangerous medication that can lead to addiction.

According to the Texas State Board of Pharmacy, Percocet is a medication that was once only manufactured in a single strength of 5 mg of Oxycodone paried with 325 mg of acetaminophen. Today, the medication comes in an array of concentrations ranging from 2.5 mg tablets to 10 mg tablets.

The medication is used to treat moderate to severe pain and is often prescribed to patients suffering from chronic illness, cancer or serious injury. Percocet abuse is a growing problem, and despite law enforcement efforts to reduce the amount of this drug that makes its way to the streets and into the hands of those who intentionally abuse it, overdose deaths continue to surge.

Signs of Percocet Use

When percocet is used, it can cause mild constipation, headaches, nausea and vomiting. According to the National Library of Medicine, early signs of use include:

Many of these signs of use are commonly covered up or downplayed by the user, especially if abuse if taking place.

Signs of Percocet Abuse
Anytime percocet is taken without a prescription or it is taken with the intent to get high, the user is abusing the drug. It can be difficult to recognize Percocet abuse if an individual is prescribed the medication, but for those who are not prescribed the drug, any use is considered abuse.

If You Suspect Percocet Abuse, Consider the Following Signs:

Pay Close Attention to the Following Symptoms of Percocet Addiction:

Risks Associated With Percocet Overdose Include:

The greatest danger associated with Percocet abuse is the potential for overdose and the possibility of death resulting from that overdose. In addition to the risk of overdose, users are also at risk of:

Abrupt cessation of Percocet will lead to serious side effects which can be difficult for the individual to cope with. According to Medline Plus, "opiate withdrawal refers to the wide range of symptoms that occur after stopping or dramatically reducing opiate drugs after heavy and prolonged use (several weeks or more)." Percocet, like other opiates, can lead to an array of side effects associated with withdrawal when the drug is abruptly stopped or when use is greatly reduced.

Treating Percocet addiction is much like treating an addiction to heroin or any other prescription opioid. Detox is the first step and likely one of the most important steps of the recovery process. During detox, the individual will be stabilized so that he or she can continue to receive treatment for any psychological elements associated with the drug addiction.

Medications are commonly used in the treatment of opiate addiction. According to Harvard Health, the most commonly used medications that can treat patients who are suffering from Percocet addiction include:

Various other types of medications may also be used throughout the recovery process to control pain, reduce cravings, or otherwise help the individual to feel at ease with the process of recovery.

Following detox, the patient will undergo a series of counseling and therapy sessions that are focused on helping to prevent later relapse. Behavioral therapy such as CBT, motivational interviewing and motivational incentives are common methods of therapy that are used in the treatment of opiate addictions such as a Percocet dependence.

Support will also play a key role in helping the user to recover. Support is found through friends and family, counselors, doctors, nurses, and peers. Support groups, such as NA, are commonly included as part of the treatment regimen used to help people overcome Percocet addiction and take back control of their lives.

Most people wonder if they should choose inpatient or outpatient treatment when they are seeking help. Unfortunately, there's no single right answer to that question as some will do great in outpatient treatment while others clearly require the around-the-clock assistance and care of a residential facility. If you're wondering which type of treatment will be best for you, consider the following elements:

If you or someone you know is addicted, consider the help of a treatment professional to kick start your recovery.