For many, drinking is a social element that never warrants a second guess as to whether addiction will become a potential problem; but for some, frequent drinking with friends or at social events can spiral out of control causing disruption and disarray. It's not always easy to recognize a drinking problem, especially when the drinking takes place with others in a social setting. But if you're drinking is causing resentment, worry, fear or other consequences in your life, you may be suffering from a condition known as alcoholism. 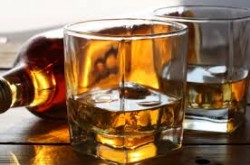 Abusing alcohol can damage your health greatly, and can lead to an early death

Alcoholism is a serious disease that affects an estimated 17.6 million people over the age of 12, according to the National Council on Alcoholism and Drug Dependence.

It is unknown exactly why some people who drink fall into the perils of addiction while others are able to casually and socially consume alcohol without any major repercussions or consequences.


Some of the possible causes of alcohol abuse or alcoholism include:

Genetics - those with a family history of addiction or alcoholism are at an increased risk.

Upbringing - people who were raised around parents or family members who regularly consumed alcohol or used drugs are more likely to suffer from alcoholism.

Social environment - individuals who regularly drink with others or who are social uncomfortable may become more prone to alcoholism.


You may be suffering from a drinking problem if:


Mere guilt about drinking, or the fact that you have drank more than you intended doesn't necessarily deem you an alcoholic. However, if your drinking is causing problems in your life, and you continue to drink despite the burden that the alcohol use is causing, then you have a drinking problem.

Alcohol abuse and alcoholism are not two in the same; however, alcohol abuse will lead to alcoholism if the habits of the user are not controlled. Alcohol abusers have some control over their drinking, though they tend to overdo it and get themselves into situations that are later found or deemed to be the result of poor judgment. Likewise, alcoholics have little control over their drinking and will often "do whatever it takes" in order to fuel their addiction.


Common signs of alcohol abuse include:

As alcohol abuse progresses, the risks for alcoholism become much more clear and the chance for an addiction to set in increases significantly. Individuals who regularly rely on alcohol to distress, relax, fit in, or have fun are at a substantial risk of becoming alcoholics.

Alcoholism, a very severe drinking problem that has spiraled out of control, impacts the lives of both the user and those around the individual in a number of ways. If you regularly rely on alcohol to fill a void in your life, if you use alcohol because you feel sick without it, or if you drink alcohol in order to "survive," you're an alcoholic and you need help.


Common signs of alcoholism include:

Alcoholism will change the way that the body responds to alcohol and the way that you feel when you don't have alcohol in your system. Alcoholics tend to feel the adverse effects of alcohol within a few hours following their last drink. As symptoms of alcohol withdrawal set in, the user may feel:


The symptoms of alcohol withdrawal may also include:

According to Medline Plus, if you experience symptoms of alcohol withdrawal, it's important to seek prompt medical treatment as there is a risk that the withdrawal could quickly spiral out of control leading to a condition known as delirium tremens. When this occurs, seizures, hallucinations and dangerously high fever are all possible.

Alcoholism requires responsive treatment that will aid in the reduction of withdrawal symptoms while facilitating relapse prevention. The first step is always detox. According to the University of Maryland Medical Center, when you enter into treatment for alcoholism, a medical examiner or treatment professional will:

The questions that are asked of you at this time are important and should be answers completely and to the best of your ability. The best way for you to receive proper, and adequate treatment, is to fully answer the questions when you are entering into treatment. This will help the treatment staff to outline an appropriate course of treatment to assist in your recovery from alcoholism.


The focus of alcohol addiction treatment is to:

Many factors go into determining which type of alcoholism treatment is most suitable for your individual needs. Cost, location, level of treatment, method of treatment, length of the program and various other factors can all be considered when choosing treatment for alcoholism.


The following types of treatment are generally offered to patients:

What Type of Treatment is Best?

The type of treatment that is best for you will depend on:


Residential Treatment
Generally provides patients with around-the-clock care, in a controlled environment in which there is no outside access to drugs or alcohol. This can be the ideal setting for someone who is heavily addicted and does not have significant support at home to remain committed and abstinent when the going gets tough.
Outpatient Treatment
A slightly less invasive means of therapy, is generally ideal for patients who are committed to their recovery, have support from friends and family at home, and are not heavily addicted to a point in which they have absolutely no control over their drinking habits. This type of treatment provides counseling and therapy, support and occasional medical intervention as necessary to help the individual remain abstinent and alcohol free
Sober living
A transitional method of treatment that is generally combined with outpatient care, is ideal for those who are no longer facing the daily struggles of remaining sober but who need some added time in a sober environment in order to continue their efforts toward sobriety and recovery. Here, residents can continue to take part in support groups such as AA while they learn how to transition back into society without the use of alcohol
Support Groups

Throughout treatment for alcoholism, those in recovery are encouraged to take part in support groups which provide a foundation for continued success. Groups such as Alcoholics Anonymous and other twelve step programs can provide the needed fellowship and sense of community that aids in a positive outcome. According to AA.org, groups such as Alcoholics Anonymous are made up of millions of people from around the world who form a common bond as they are all looking to overcome alcoholism and remain abstinent.

For many recovering addicts, the support that is received in groups such as AA is fundamental to the success of their recovery from alcohol addiction. With the right support, proper treatment and your commitment to sobriety, you too can live alcohol free!