While ecstasy has been proven to cause "dependence, including continued use despite the knowledge of physical or psychological harm, tolerance (or diminished response, and), and withdrawal effects," it can be assumed that there are people who experience a kind of ecstasy addiction (NIDA). Ecstasy is a powerful drug and creates strong reactions in abusers, especially those who take it chronically. Luckily, there are still formal treatment options available.

What Can I Compare Ecstasy Addiction Treatment To? 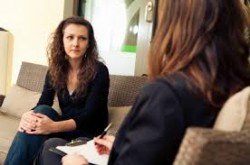 The NIDA states that ecstasy is "a synthetic, psychoactive drug that has similarities to both the stimulant amphetamine and the hallucinogen mescaline" (NIDA 2).

Amphetamines, however, can cause addiction, a fact of which many people are aware.

Behavioral Treatments
"The most effective treatments for drug abuse and addiction are cognitive behavioral interventions that are designed to help modify the patient's thinking, expectancies, and behaviors, and to increase skills in coping with life's stressors" (NIDA 1). This is also the best type of treatment for ecstasy addiction.
Some of the most effective behavioral therapies found in formal addiction treatment are:

Ecstasy addiction treatment does not have a specified plan like some of the other drugs of addiction, but you still have options and should attend drug detox and counseling. Ecstasy may cause a person to become addicted, and asking for help will take you a long way as you start your recovery.