Alprazolam is a benzodiazepine that is often used to treat anxiety and panic disorders. Though it can be very beneficial to some users, others may find that it causes uncomfortable or serious side effects. The abuse of alprazolam is also a concern, especially because the drug can be habit-forming which may lead to addiction. A person should know all the facts before he or she begins to take alprazolam. 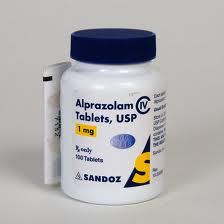 Abuse of alprazolam can lead to health problems, addiction and more.

Alprazolam is usually prescribed to patients with anxiety problems or disorders. These patients are in need of a medication like alprazolam which, according to the NLM, "works by decreasing abnormal excitement in the brain." Someone who may be prescribed alprazolam would have these symptoms:

Alprazolam can also be prescribed to treat a number of other psychological disorders, such as:

There are several brand name drugs that contain alprazolam, including:

Xanax and Xanax XR are very popular medications. According to SAMHSA, alprazolam was "the 13th most commonly sold medication in 2012 and was the psychiatric medication most commonly prescribed in 2011." Because alprazolam is popular and available through many types of prescription medications, people often believe that it is a strictly safe medicine. All medications do have their side effects and risks, though, and alprazolam is no exception.

Signs and Symptoms of Alprazolam Use

Like most benzodiazepines, alprazolam will make a person drowsy and calm. Its purpose is to decrease the amount of excitement in the brain, so it does have sedating effects. Because of this, someone who is currently using alprazolam will be:

Alprazolam also has its side effects which many users might not know about. The NLM lists some of the more common side effects, including:

There are other side effects of alprazolam that may be indicative of a worse condition. If you experience any of these side effects, call your doctor immediately, as you may need to discontinue your use of the drug. They are:

Because of the intensity of the conditions these symptoms may be signs of, a person experiencing them should not hesitate to be treated immediately. Even normal doses of alprazolam can have bad reactions with users, so make sure you understand the risks associated with alprazolam use.

Risks of Alprazolam Use

There are some risks associated with alprazolam use. According to the FDA, they are:

It is also important to note that "benzodiazepines can potentially cause fetal harm when administered to pregnant women." The drug may cause "congenital abnormalities" to the fetus if it is taken by a woman in her first trimester. Make sure to discuss your use of alprazolam if you become pregnant or are thinking about becoming pregnant.

Of course, anyone who abuses alprazolam is more likely to experience extreme health issues associated with the drug. As abuse of a prescription medicine is unsafe, it can lead to more problems for the abuser.

If you think someone you know may be abusing alprazolam, look for these signs of abuse:

The Person is Experiencing Withdrawal Symptoms Such As:

Most people who take alprazolam and other benzodiazepines do so in order to feel their euphoric effects. These effects are not the intended use for the drug, and sometimes, alprazolam abusers must take a high dosage in order to feel them. Tolerance can start to build up, causing the person to take more and more of the drug and become physically and psychologically dependent on it. This can also lead to addiction.

The drug can be habit-forming which means that a person may begin to crave it over time, especially if he or she is abusing it in large quantities. People often abuse benzodiazepines to feel euphoric or high, and many times, they take them with other drugs. It is very popular to mix benzodiazepines like alprazolam and alcohol because the effects of both are enhanced. However, this can lead to serious consequences, such as overdose.

When someone overdoses on alprazolam and alcohol, he or she is in danger of respiratory depression, coma, and death. The signs of alprazolam overdose are:

If someone you know overdoses on alprazolam, especially if he or she has mixed the drug with alcohol, call 911 to have help come as soon as possible.

If you are concerned that you may be addicted to alprazolam, consider the following:

The FDA states that "addiction-prone individuals should be under careful surveillance when receiving alprazolam." The real problem, though, is mostly those who take alprazolam for purely recreational reasons. This is an issue as "alprazolam also has been shown to be significantly more toxic than other benzodiazepines if more than the prescribed amount is taken" (SAMHSA).

According to a study from the NCBI, "most participants stated that addiction to alprazolam occurs as early as initial consumption." The southern youths interviewed in this study "stated that their friends felt it was normal to use alprazolam" and that this also made it harder to stop.

Some Facts Associated With Alprazolam Abuse Are:

Alprazolam addiction must be treated with formal addiction treatment. For someone who has been struggling with alprazolam addiction, it will be very hard to stop taking the drug. Most of the time, patients who are addicted to benzodiazepines also have issues with other drug addictions. According to SAMHSA, "among the primary benzodiazepine admissions who reported multiple substances, the most commonly reported secondary substances were":

Depending on the person, he or she may be abusing one, some, or all of these substances in addition to alprazolam. The first step of substance use treatment is most commonly medically-assisted detox.

Alprazolam Detox
Someone who is detoxing from alprazolam will not be taken off the medication completely at first, as that would result in severe withdrawal symptoms. A study by the NCBI states that "alprazolam should be titrated at a rate of 0.5 mg three times a day regardless of whether the patient is being tapered for low- or high-dose withdrawal." The patient will likely be tapered off his or her use of alprazolam; although withdrawal symptoms will still be experienced during this time, they will be much less severe.
Alprazolam Addiction Treatment Facilities

Choosing a treatment facility is very important for working through your addiction in the right way. Those who are looking for addiction recovery treatment facilities are asked to consider all of their needs before choosing one (NIDA). "Effective treatment attends to the multiple needs of the individual, not just his or her drug use."

Someone who should choose inpatient treatment would be an individual who:

A person who does not have these needs or is only addicted to alprazolam could consider an outpatient treatment program. He or she should have a strong support system as well.

Support groups are also highly beneficial as supplemental treatment either during or after formal treatment. Patients are able to meet other people who are struggling with addiction, and these support groups can be found all over the country.

Alprazolam has some serious side effects which, if the drug is being prescribed by your doctor, can be monitored and your dosage can be adjusted. However, if you are abusing alprazolam, remember that you are putting yourself in more danger of experiencing these side effects, as well as other issues like withdrawal and addiction. Make sure you know the effects and risks of taking alprazolam before you begin.